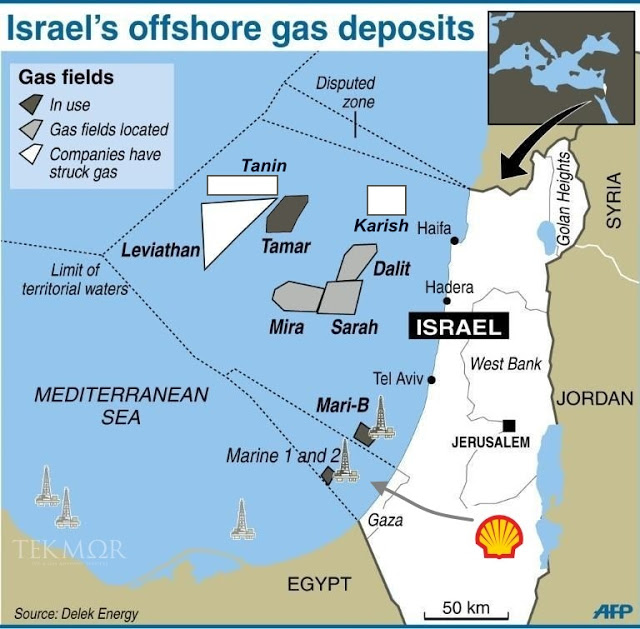 Gaza Marine Gas Field is actually two natural gas reservoirs located 30km (18.6 miles) off the coast of the Gaza Strip. They are also known as Gaza Marine One and Gaza Marine Two they are 603m (1978.3ft) below the surface of the Mediterranean Sea. 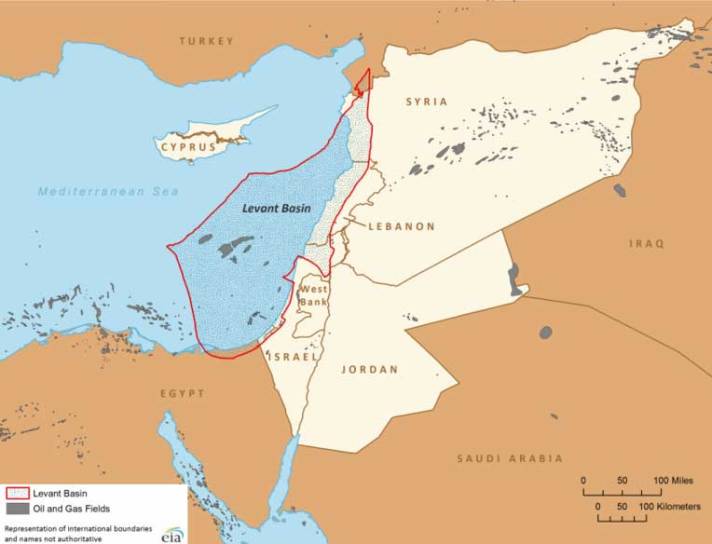 Also in 1999, the Prime Minister of Israel at the time Ehud Barak decided not to explore the natural gas fields in Gaza insinuating he would worry about the gas fields when Palestine became a State and no consultation with Israel was ever stipulated. Israel only showed interest in the gas fields when it became clear that the Palestinian Authority and British Gas were solidifying their deal to develop Gaza Marine One and Gaza Marine Two.

The failed negotiations prompted the Prime Minister of Britain Tony Blair to get involved. Blair feared that the tense negotiations would derail the Gaza-Jericho Agreement also known as the Oslo Accords in which Israel made a deal with Palestinians that granted the Palestinian Authority full control over its territorial waters. Blair got the Palestinians to agree to send the proceeds from the natural gas reservoirs to the Federal Reserve Bank in New York City to be vetted and distributed this allegedly was to ensure that the money didn’t fall into the hands of a terrorist. 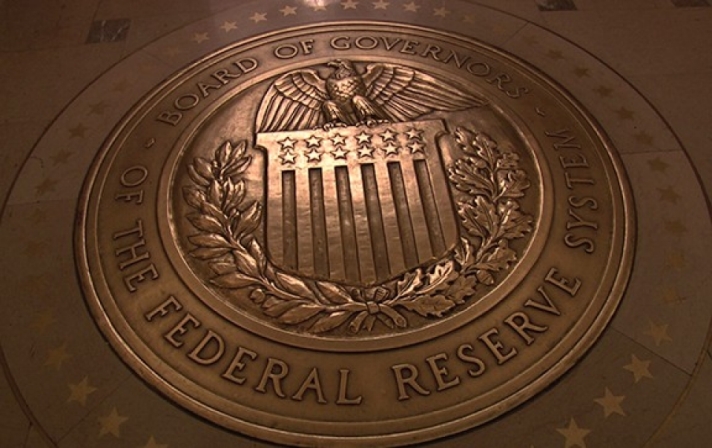 In 2006 following the political takeover of the government by Hamas, the Prime Minister of Isreal at the time Ehud Olmert pulled out of all negotiations stating that the Hamas takeover was a “dealbreaker” even though all proceeds from the gas fields were still going to the Federal Reserve Bank to be vetted and distributed. Ehud Olmert insisted that “no royalties are to be paid to Palestinians” instead Olmert suggested the Israelis would deliver the equivalent of these royalties from the natural gas fields in “goods and services.” The Hamas led government refused the offer and immediately the Israeli government issued an inhumane blockade on Gaza that is still in effect today Israel’s Defense Minister Shaul Mofaz called it “economic warfare.” 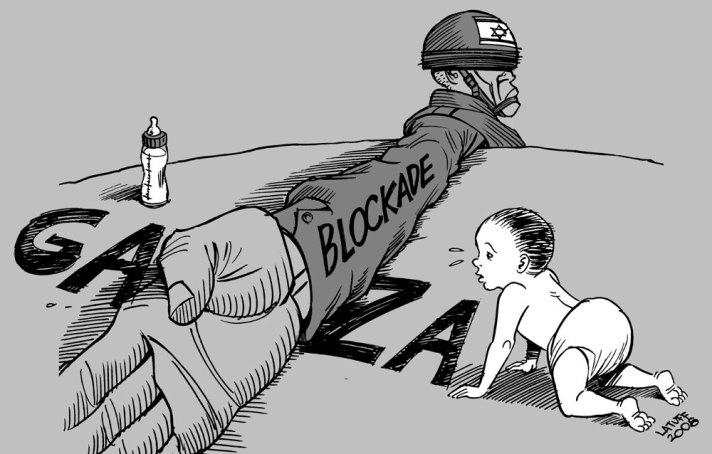 With Egypt’s approval and cooperation, Israel then took control over Gaza’s food imports and exports. Completely dismantled and eliminated Gaza’s fishing industry while rationing food imports. Dov Weisglass an advisor to Prime Minister Ehud Olmert publically stated that the Israeli government was putting Palestinians on “a diet“, what was described by Weisglass as a diet was simply a cowards way of not saying food rations. It didn’t take long the Red Cross to declare a crisis in Gaza stating the Israeli blockade on Gaza produced “chronic malnutrition” with Gazan children being the most affected.

Despite the harsh blockade imposed on Gaza by Israel, Hamas refused to concede to Israeli demands involving the Gaza Marine Gas Field. The Olmert government then decided to act unilaterally to extract the gas, but the Israelis knew that this could only be achieved if Hamas were to be displaced or disarmed. That is why “Operation Cast Lead” was launched in 2008, this is the same operation that started The Gaza War. 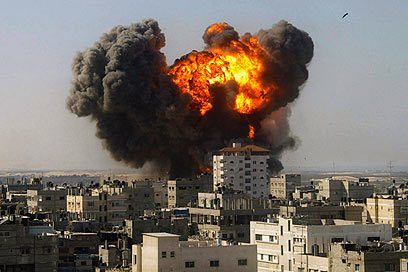 When you investigate into The Gaza War the fact that the Israelis code name for their operation that started The Gaza War would be called Operation Cast Lead is disturbing in of itself, maybe I’m guilty of reading too much into it, but casting lead is another way of saying “guns-a-blazing” or “firing at will.” Perhaps without discretion as well considering how Operation Cast Lead alone caused the death of 1,417 Palestinian civilians.

The Gaza War was a field of propaganda tulips and beneath this proverbial soil in which these tulips sit, there is the Gaza Marine Gas Field. The mere fact of calling this conflict “The Gaza War” excludes blame from Israel and places it squarely on the Palestinians. Corporate media would peddle this war to the public as Israel defending itself against Hamas and their horrible rocket attacks when the sole mission objective for Operation Cast Lead was to “transfer the sovereignty of the gas fields to Israel.” 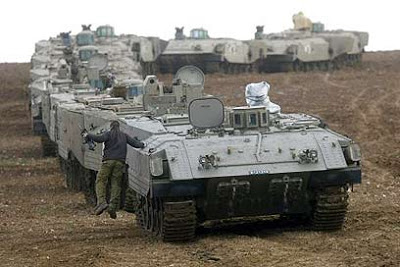 The terroristic threats Israel tries to convince the world they are consistently under is a lie told to the international community, a little spraypaint over a rusty bike if you will, a facade to hide the real reason for invading Palestine, its natural resources. What is shameful is Israel doesnt even hide what they were doing they publically stated what their mission objective was to take over the Gaza Marine Gas Field, they admitted to invading another country for their natural resources which is a violation of the Geneva Convention. Israel will never be held accountable for their actions when they should be brought before the International Criminal Court and answer for war crimes during their invasion and continued brutal occupation of a sovereign land for its natural resources resulting in the sustained misery and even death of thousands of Palestinians.

In 2011, the Arab Spring in Eygpt led to an energy crisis in Israel with 40% of its gas supply being halted. The rising energy prices in Israel caused the largest protest by Jewish Israelis in decades. Israel’s Resource Minister at the time stated publically that “these areas are within the economic waters of Israel… We will not hesitate to use our force and strength to protect not only the rule of law but the international maritime law.” 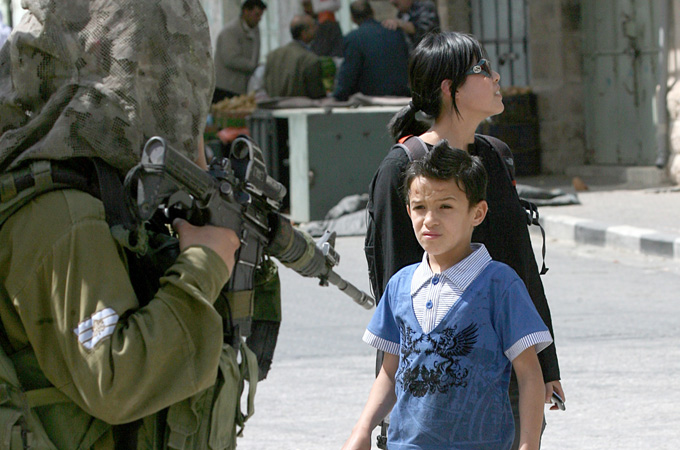 All Israeli operations to uproot Hamas from Operation Cast Lead to Operation Returning Echo ended in failure, the only thing the Israeli government did successfully was to commit war crimes against innocent Palestinian civilians. Operation Returning Echo was in 2011 and the Gaza Marine Gas Field was discovered in 1999, during these twelve years Israel’s objective has always been to seize control over natural gas fields that belong to Palestinians. 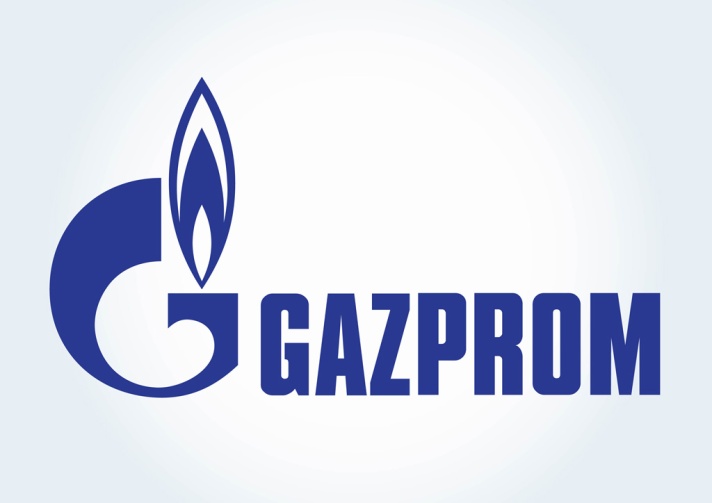 In 2014 Israel launched Operation Protective Edge it was Israel’s fifth operation to dismantle Hamas, each with a different name, each with the same Zionist rhetoric attached to them and each failing with the only result being the death and suffering of Palestinian civilians. Israel used propaganda to justify invading another country for their natural resources over and over again. We see the same rhetoric playout like a broken record about the “safety and security of Israelis.” This whole time Israel’s actual objective in Palestine is right out in the open for the world to see, yet, the world chooses to ignore that Israel openly stated that their objective was and still is to seize control over Gaza’s natural gas.

Zionism and the Zionistic brainwashing of the Israeli population and the powers-that-be here in the United States is nothing less than a systemic denial of the genocidal invasion and illegal occupation of Palestine. Zionism if heavily adopted or practiced in any other country other than Israel would be labeled a racist movement similar to White Nationalist or White Supremacist. In fact, in 1975 the United Nations passed “Resolution 3379” condemning Zionism as racist and referrered to Zionism as “a threat to world peace and security” and also called upon all countries to oppose this racist and imperialist ideology, On December 19th, 1991 the United Nations recalled “Resolution 3379” because it was one of Israel’s conditions for the participation of a UN observer at the Madrid Peace Conference. 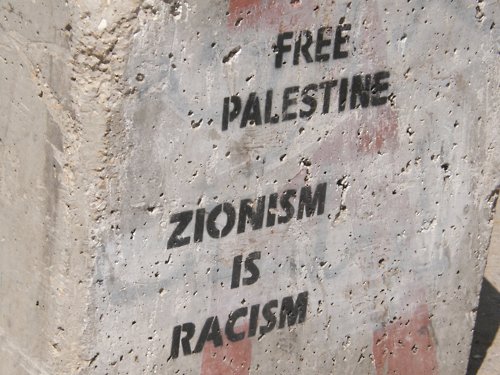 Zionism plays an integral role in Israel’s nearly 70-year occupation of Palestine because as oppressors if you feel sympathy for those that you are oppressing then the very foundation of the mirage of dehumanization you built is threatened. If Palestinians are seen by Israeli’s as human beings instead of being looked at as terrorist keen on the destruction of the Israeli State then the illegal invasion and suffocating occupation of Palestine will be exposed to Israeli population and the world for the genocidal ethnic-cleansing that it is. 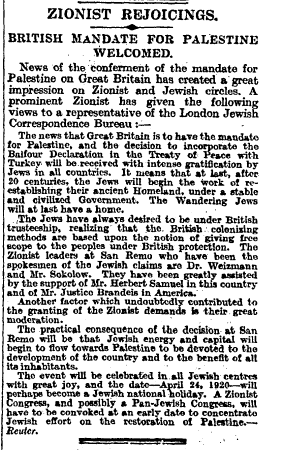 In early 2015, the Gaza Marine Gas Field was still undeveloped sixteen years after Gaza Marine gas wells were discovered. In mid-2015 the Palestinian Authority resumed negotiations with British Gas to develop the Gaza Marine Gas Field and abrogated the exclusive rights it had given to the company. The Palestine Investment Fund increased their stake in the gas fields from 10% to 17.5%. Consolidated Contracting Company has a 27.5% percent stake in the gas fields and in April of 2016, Shell bought British Gas taking over the 55% stake British Gas held in the Gaza gas fields.

Israel has been seeking energy sustainability since it’s apartheid started in 1967 and after repeatedly failing to find natural resources within their own country. Israel still to this day has to import their energy from other countries and the Israelis believe energy independence is key to their sovereignty. When we think of the Palestinian-Israeli conflict Gaza Marine 1 and 2 are often left out of the discussion while partisan, hot-button and polarizing religious differences are highlighted in a cult-like fashion by corporate media.

Corporate media can’t expose how the real reason behind Israel’s occupation of Palestine is Gaza’s natural gas resources because corporate media are in the pockets of both the Military Industrial Complex and the big oil and gas companies. The United States can’t condemn or say anything bad about Israel because we consider them to be an invaluable ally in the fight against terror. There is an old adage among investigative journalist that says to “follow the money.” I am finding that this adage is a bit outdated and perhaps nowadays we should “follow the natural resources” and war crimes won’t be far behind, just look what has happened or is happening to Libya, Iraq, Afganistan, Yemen, and Syria, in all of these conflicts there is one repeating common denominator which is each country’s respective natural resources.