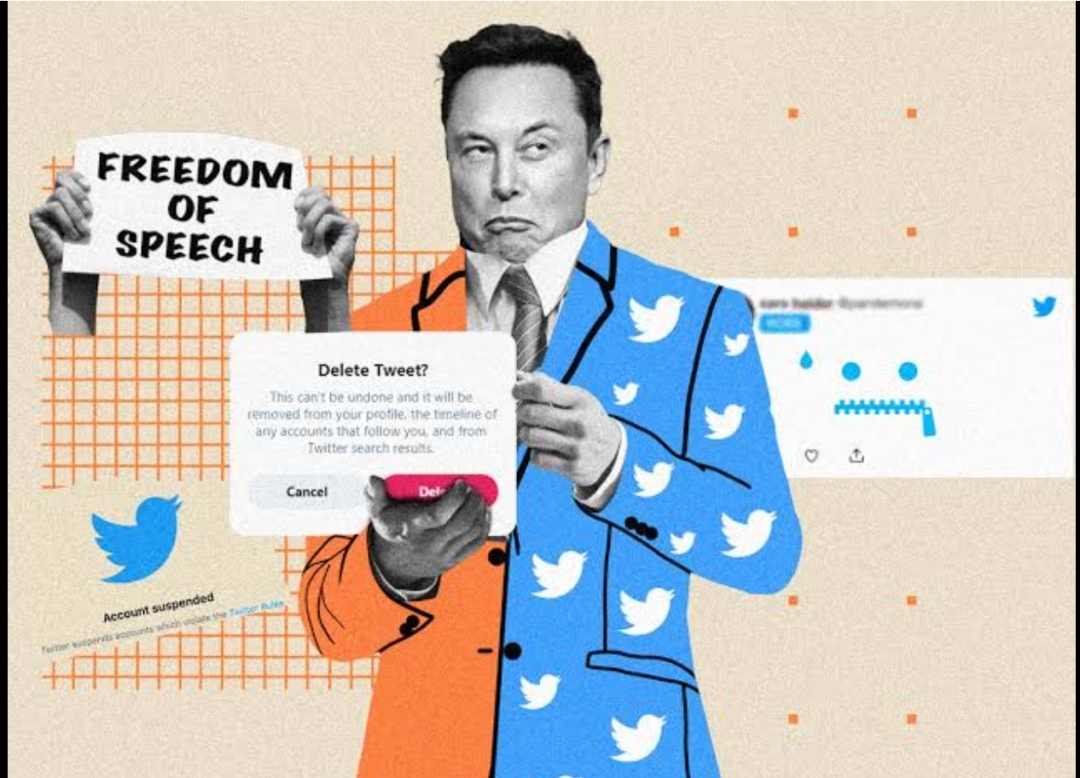 Elon Musk with his attempt to buy Twitter has opened up a new debate in the world of news , media and activism  ,”This is not a way to make money, My strong intuitive sense is that having a public platform that is maximally trusted and broadly inclusive is extremely important to the future of civilization.” Musk shared with TED chief Chris Anderson.

Jim Morrison said, ” whoever controls the media, controls the minds ” that’s one hundred percent true in todays time, so when you hear a comment like “Elon Musk is trying to control how people think, that’s our job” on MSNBC , you feel like the cat took your tongue .Their blunt conformity is alarming, admitting the mind controlling tactics of media.

When From Lowkey raising voice for Palestine and facing attempts of silencing him, to PePe Escobar and someone like Scott Ritter after his attempts to share the other side of the story about Russia and Ukraine crisis, mainstream media and social media brutally silenced.The truth being stifled and controlled is not a new kind of opression, hasn’t this been the norm? But it’s enraging when the lies are provided platforms and the truth is silenced and muzzled. Especially when you hear someone like George Galloway,  a prominent voice for 30 years in the British Parliament and a broadcaster, his platforms being censored and his attempts of paddling the canoe to keep floating.

So when Elon Musk offers $43 billion , an eye watering amount,with these promises of providing free speech to all and sundry , that sounds tantalising to the ears of many.Musk remarked ,”Is someone you don’t like allowed to say something you don’t like? And if that is the case, then we have free speech.”

On the other hand, amongst the giant shareholders and board of directors of Twitter is the biggest dictatorship of history is Saudi Arabia, with its history of brutally murdering journalists and critics,  any voice that challenges them is mercilessly silenced. When Prince Waleed Bin Talal tweeted “Being one of the largest & long-term shareholders of Twitter, @Kingdom_KHC & I reject this offer,” that was amusing but not shocking.

Interestingly when you remember the entourage of princes , the cousins and uncles of Bin Salman , being imprisoned in the Ritz , for three months, 381 Saudis were hauled in and locked up at the Ritz-Carlton, and amongst them was Prince Talal , who is not at all excited about Musk’s attempts, Talal tweeted, “don’t believe that the proposed offer by @elonmusk ($54.20) comes close to the intrinsic value of @Twitter given its growth prospects,”

The opposition of shareholders and uneasiness shown by the mainstream media about Musk’s tries to buy Twitter raises questions,what’s the reason behind this attitude? Are they really fearing the idea of free speech or the mainstream media is as usual worried about the competition and facing the opposite narrative?