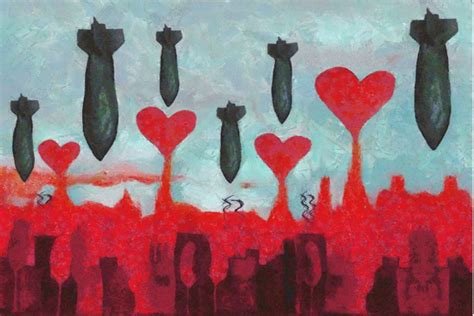 Recently it seemed the entire world was focused on Idlib Province in Syria which was the scene of a dramatic event involving five superpowers lockstep in a real-life game of Risk. Adding to the tension was the roughly 800,000 citizens who call Idlib home along with an estimated 80,000 rebel fighters, 10,000 of which are on the United Nation’s list of designated terrorist. The showdown between world powers in Idlib thankfully came to an anticlimactic end with Russia and Turkey brokering a deal to create a demilitarized zone in Idlib Province.  The crisis has not been averted even though the power players involved would want you to think otherwise. The fact is that there are still 80,000 terrorists in Idlib and if Assad were to liberate Idlib from these terrorists, he could declare victory in the war which is something the powers who have been trying to overthrow Assad cannot afford.

Surely 17 years after the United States launched a war on terrorism no American imagined that we would be fighting alongside and training terrorist in Syria or that our Marines would be training anti-Assad forces in an effort to overthrow a democratically elected president. It is as if our government didn’t learn their lesson from Afghanistan in the 1980’s and why we shouldn’t train and arm terrorist. Immediately following the news of Syria declining the Qatar-Turkey pipeline protest and unrest in Syria started to get violent. The Syrian government accused Qatar of inciting the protest in Syria by injecting outside agitators that provided fuel to the unrest in Syria and turned the protest deadly. In 2011, Syrians at first were protesting high fuel and food prices in the region due to sanctions put in place by the United States. By 2015, the unrest in Syria morphed into an all-out armed conflict saturated with proxies supported by various nations all seeking the fall of Assad. Legacy media labels it a civil war, even though it is not Syrians fighting Syrians which is typically how civil wars play out. Three years of heavy fighting in densely populated regions resulted in the death of thousands of civilians and the displacement of millions more resulting in one of the largest conflict-induced human migrations in modern history. Qatar owns two-thirds of the worlds largest natural gas field which is located 3000 meters below the Persian Gulf. Currently, Qatar’s only way to transport their gas to Europe is by using tankers via the Persian Gulf which makes Qatar’s gas more expensive to Europeans than gas imported from Russia. The only thing stopping Qatar and Turkey from constructing this multi-billion dollar pipeline is president Assad of Syria who is refusing to allow Qatar and Turkey to run the pipeline through Syrian territory.

The main reason Russia is in Syria is not that it’s politically beneficial to them in any way, it’s all about control over the vast oil and gas markets of the Middle East. European countries like France and the United Kingdom also have a vital stake in which pipeline gets built. If plans to build the Islamic Pipeline go through then Iran will gain a foothold in the world’s oil and gas markets which historically has been unobtainable to Iran and a move Europe has always tried to prevent. All of the countries involved in the conflict in Syria are also tied to either the Qatar-Turkey pipeline or the Iran-Iraq-Syria pipeline and trillions of dollars for each respective side are at stake. For the U.S. and Europe, it would be extremely lucrative to have a new oil and gas supplier like Qatar and Russia fears the Qatar-Turkey pipeline will threaten their firm grasp on being Europe’s number one supplier of oil and gas.

No matter what corner of the globe you’re from something that always stands out above all is our ability to recognized and address wrongs in our world, but consistently in the aspect of war, we as a global community continue to be blinded and bamboozled by slick talking warmongers. These slick talking warmongers come in all shapes and sizes, they are from both sides of the political spectrum and only seek to profit off of perpetuating war. I think Smedley Butler had it right when he said; “War?… War is a racket.”