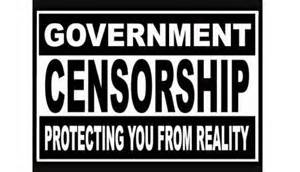 Hey, we wanted to update you on the push to defend net neutrality.

While the FCC is rushing to dismantle the strong net neutrality protections that many of us fought for, members of Congress who take big money from companies like Comcast and Verizon are now trying to strike a backroom deal to pass legislation that will ensure net neutrality is gone for good.

Stopping this plan in Congress is the most important thing we can do right now to keep the Internet free from censorship. So volunteers across the country are setting up meetings with their members of Congress while they’re home for August recess to discuss the future of the free and open internet.

Can you join one of these meetings? Click here to find a “Team Internet” event near you!

There’s vast public support for strong net neutrality rules but Congress will only listen if we show them that messing with our Internet freedom will have political consequences.

We need to make sure that EVERY single Senator and Representative is hearing from their constituents about this while they are home for August recess.

RSVP now to attend an event near you. Click here!

It’s hard to overstate the impact of attending a meeting with other open internet champions in your community and demanding your member of Congress reject the FCC’s plan to kill net neutrality.

If enough of these meetings happen, we could stop Team Cable’s plan to dismantle net neutrality in its tracks. If not enough people step up, lawmakers will assume people don’t care, and we could lose the free and Internet forever.

Want to see if there’s an upcoming Team Internet meeting in your area? Click here!

Don’t see an event near you? Click here to create your own!  We’ll give you all the resources you need and will help spread the word about your event and recruit fellow activists.

Laila, on behalf of Tiff, Holmes, Evan, Sarah, Josh, Joe, Mike, Terri, and the team at Fight for the Future.