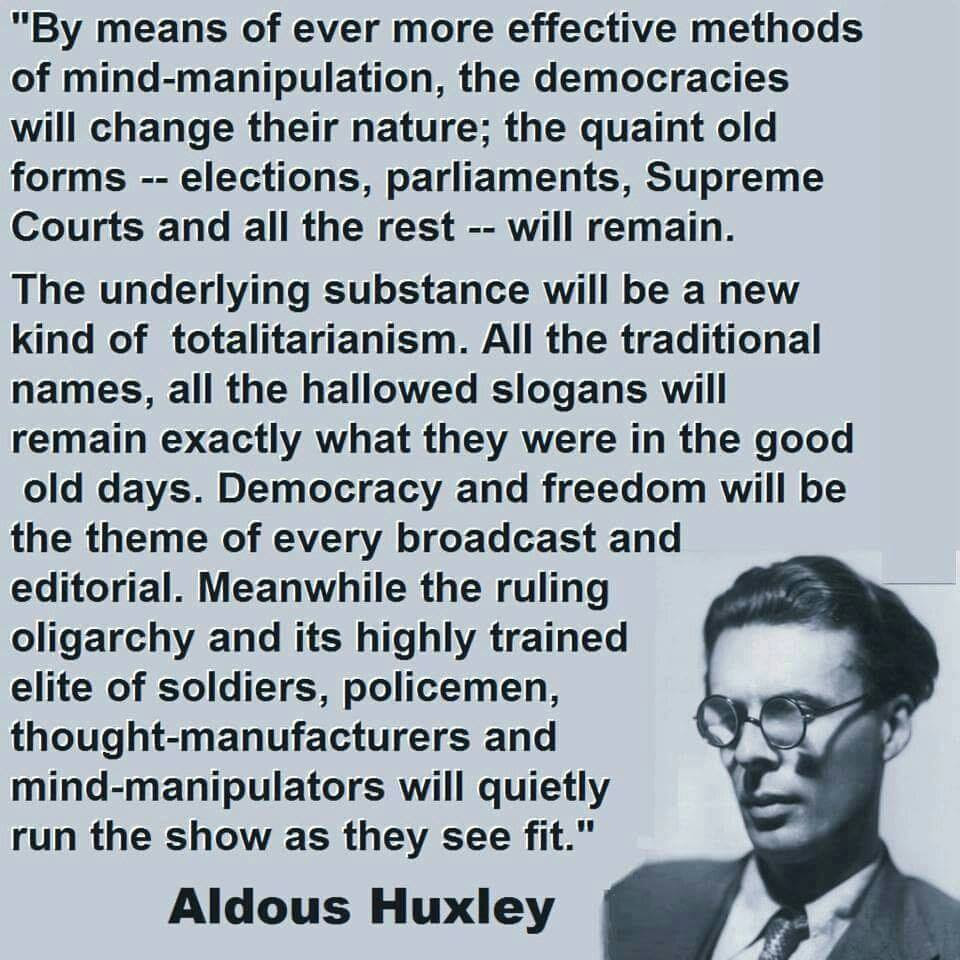 I never read Brave New World but when an American unknown to me agreed on FB with my view of Hillary Clinton, I looked her up to find this on her Timeline:

As the west sleepwalks into nuclear confrontation over Syria with a Russia our leaders have pushed into a corner – using all their corporate backed might to paint black white, up down and evil common sense – Huxley’s words could have been freshly coined just this morning.

​Also apposite are Herman Goering’s words at the Nuremberg trials:

Why of course the people don’t want war. That is understood…But after all it is the leaders of the country who determine the policy and it is always a simple matter to drag the people along, whether it is a democracy, or a fascist dictatorship, or a parliament, or a communist dictatorship. Voice or no voice, the people…